If you thought the smart electronics were already doing enough, we pushed them even further by developing the first dedicated auxiliary light wiring system to incorporate relay free switching and brightness control functionality. What does this mean? Simpler wiring, easier installation, more user control and greater reliability over the traditional plug and play wiring loom. The commonly used automotive 12V relay is removed entirely and replaced with modern transistor switching, which is built into the light and the control module. Each light is powered directly from the battery, rather than through a relay, meaning there are no power restrictions for the wiring system, which is a common limitation with traditional relay-based wiring looms. Up to 4 x Bushranger Night Hawk VLI Series LED lights can be controlled by 1 wiring system and any combination of models/sizes can be used.

The brightness control function allows the user to adjust the brightness of all lights on the system with 7 different light intensity settings giving complete control to match the driving conditions. In certain conditions, vision can be greatly enhanced by reducing the intensity of light projected, for example, dense bush tracks, hilly terrain or even some highway driving where an excess of light can lead to intense reflections and eye strain…. now you can dial these high intensity lights back to a more comfortable level. Use a second wiring system as a work/camping / reverse light setup and control the intensity of the lit area. You have complete control like never before.

The wiring system uses control leads with waterproof plugs which quickly and easily join together to allow plenty of flexibility when routing from the control module to the VLI lights.

The soft start feature programmed into the control module gradually increases the light intensity over the first second of operation to reduce eye strain and flash blindness that commonly occurs when switching into high beam mode with high intensity LED lights fitted. It also extends the life of the electronics by reducing the sudden shock load that occurs when high output LED’s change instantly from off to on.

The control module uses a Pulse Width Modulation (PWM) signal to control the brightness of all VLI series lights connected to the system. It allows the option of 7 x brightness settings which can be quickly changed at the turn of a dial to suit the conditions 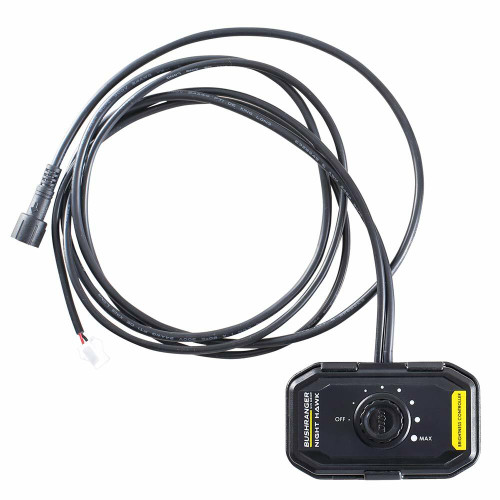